This 350lb adorable guy is a registered therapy animal who has been attending protests alongside his caretaker, Larry McCool. “We can be right in the middle of 10 thousand people and everyone is up and chanting, and marching, with megaphones and the whole thing,” he said. “All of a sudden Caesar will show up right in the middle and you can feel this calm come through.” 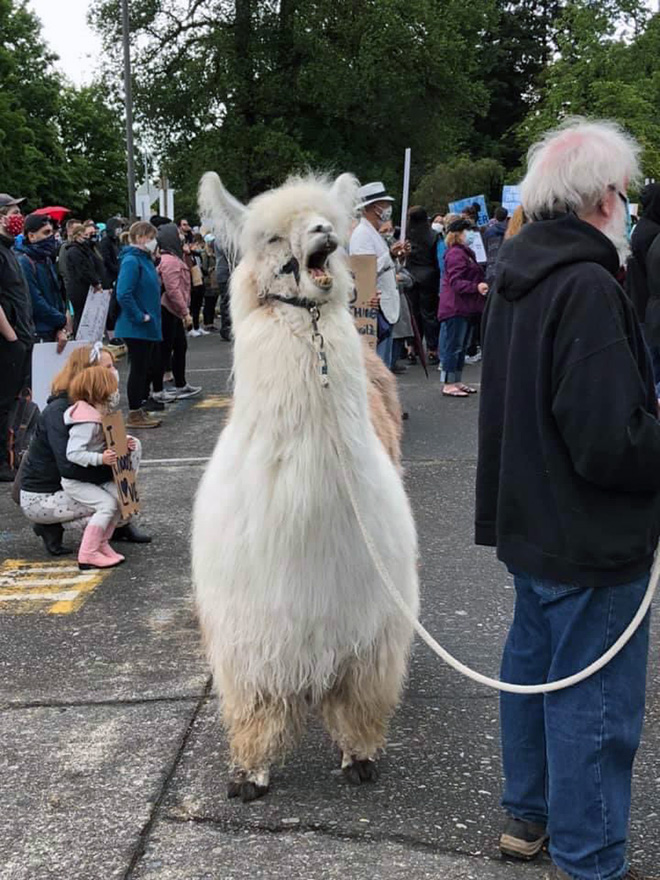 “I’ve had people just stand there for 30 seconds, a minute even, just with their arms wrapped around him, with tears, and say, “Man did I need that today,”” Mr. McCool said. “Maybe they’re going to have a better day because of a llama hug. Who would have thought a llama could bring this much joy?” 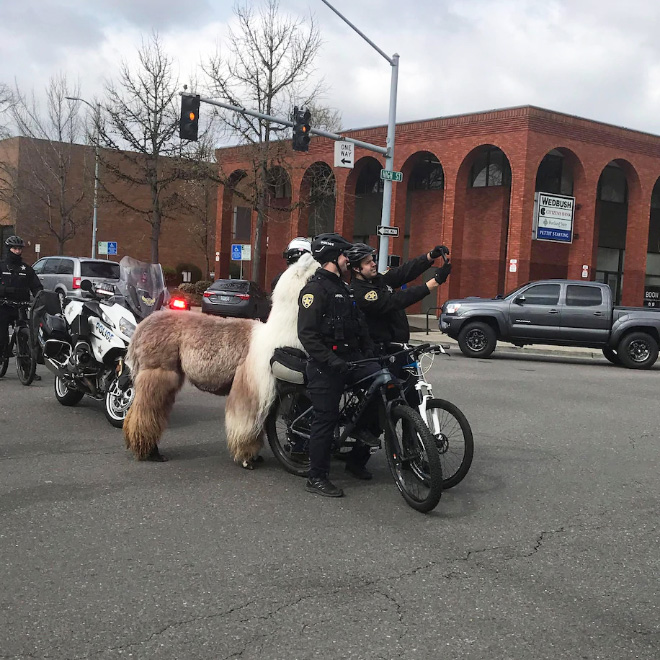 Caesar and Larry McCool have attended 10 BLM protests in Portland this year and, over the years, have been to 50+ protests in support of a variety of civil and environmental causes. They also regularly visit retirement homes to cheer up elderly residents. 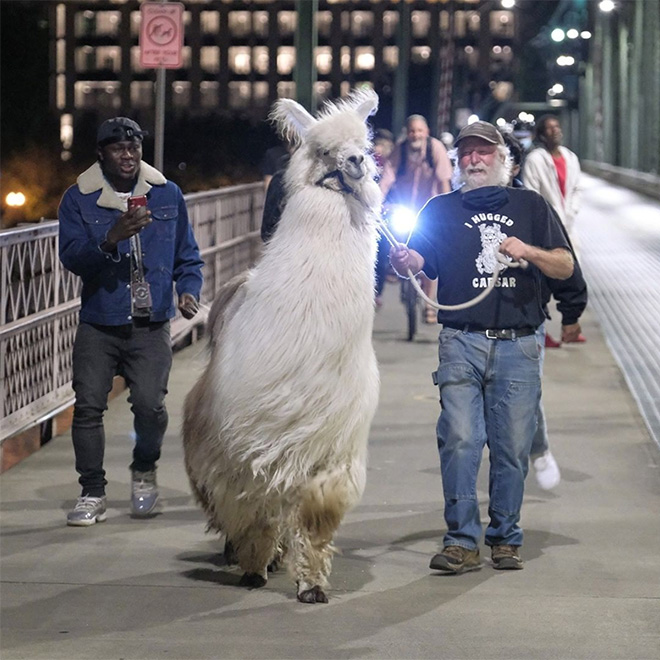 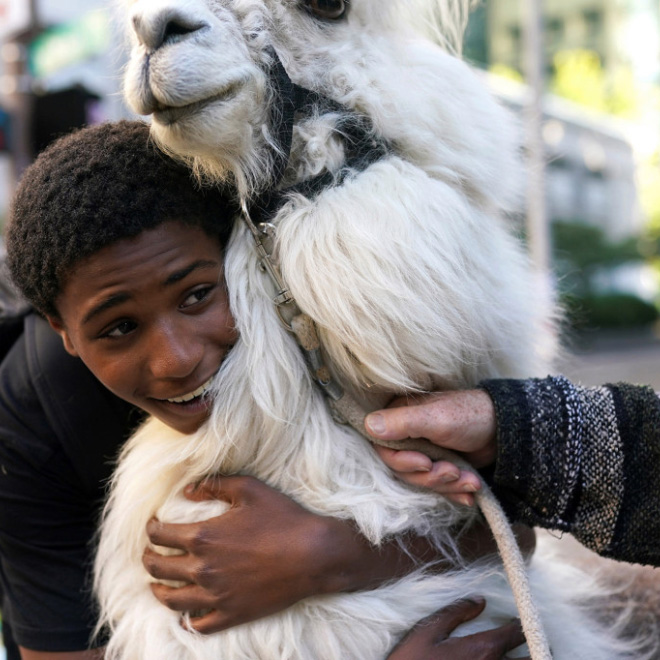 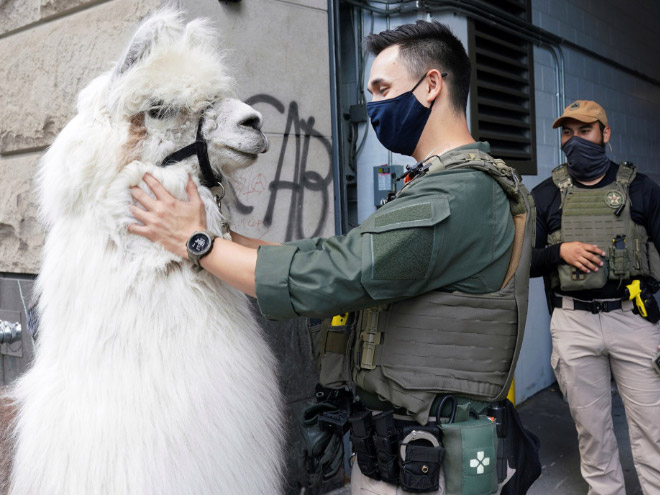 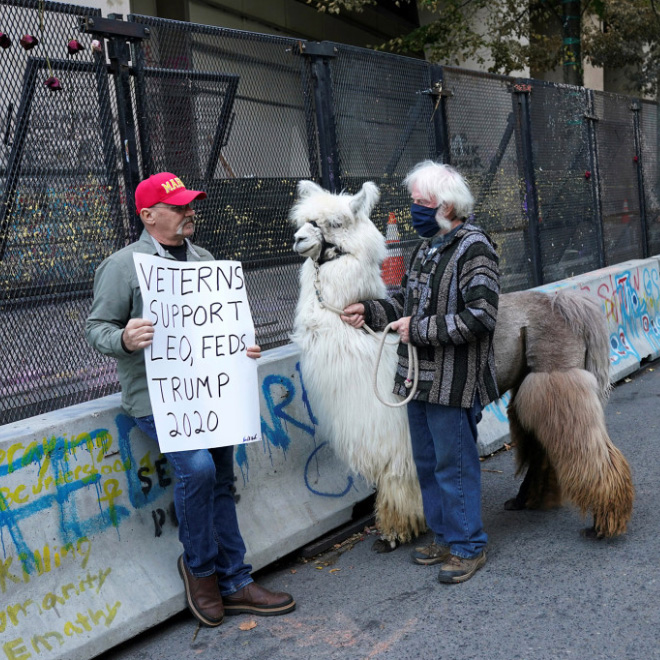 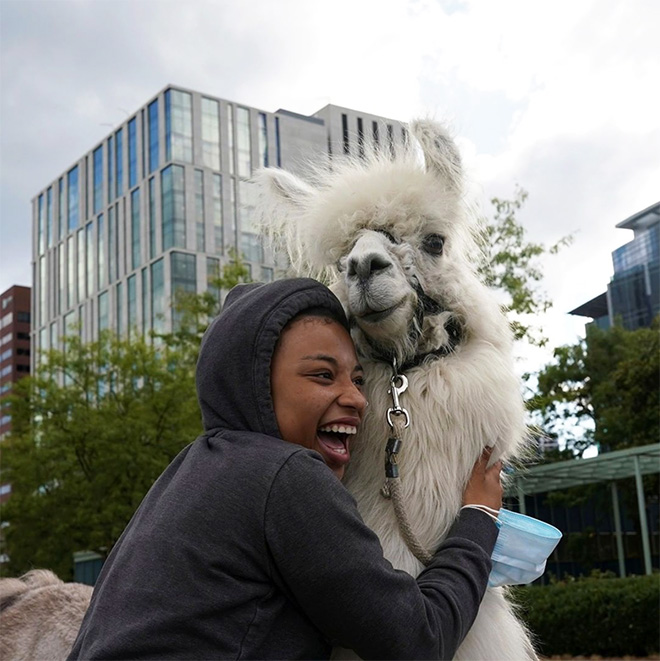 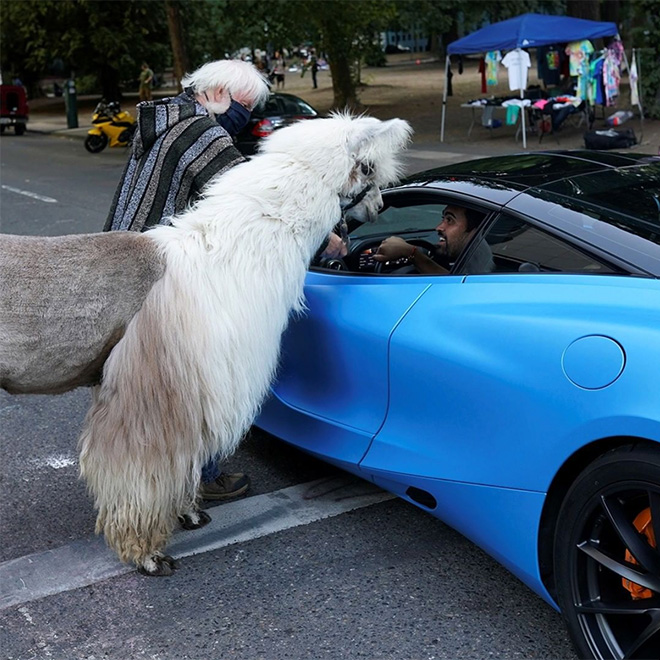 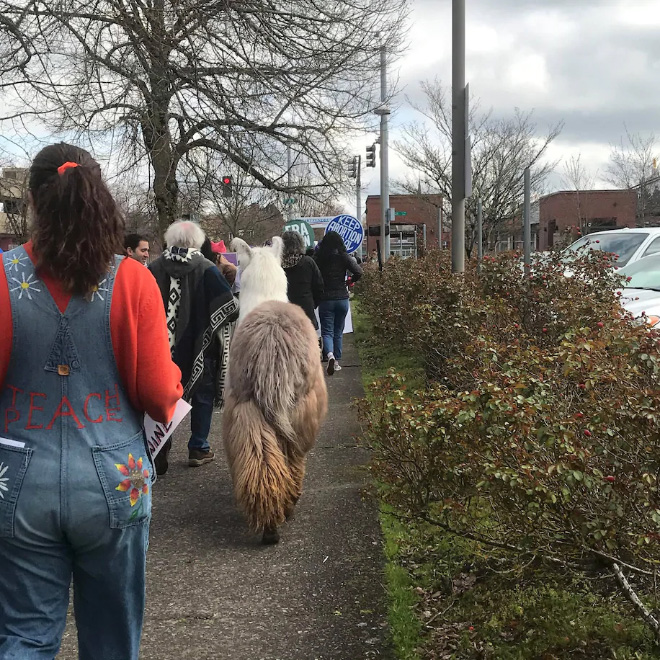 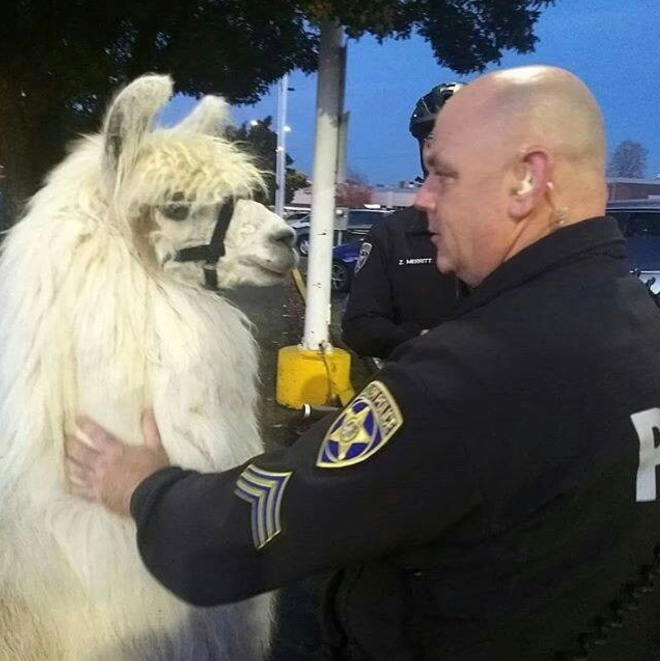 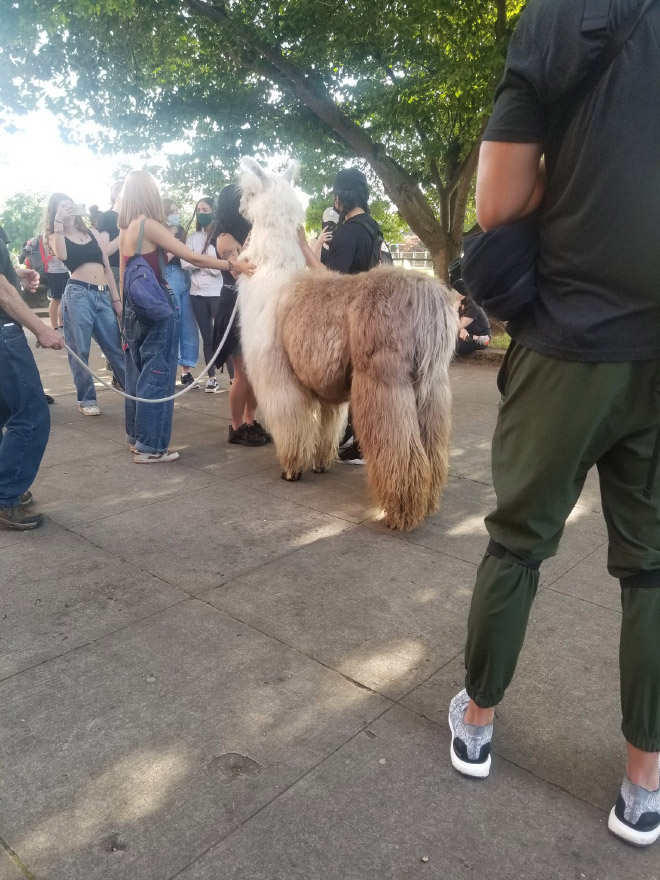 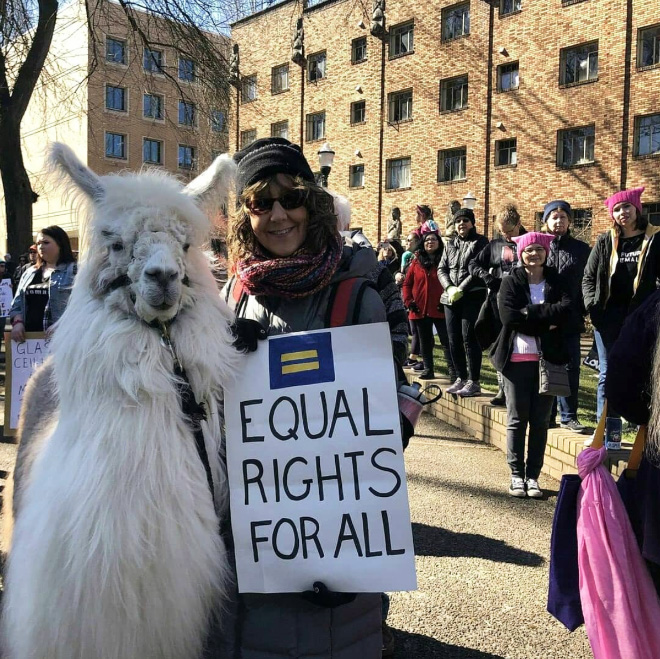 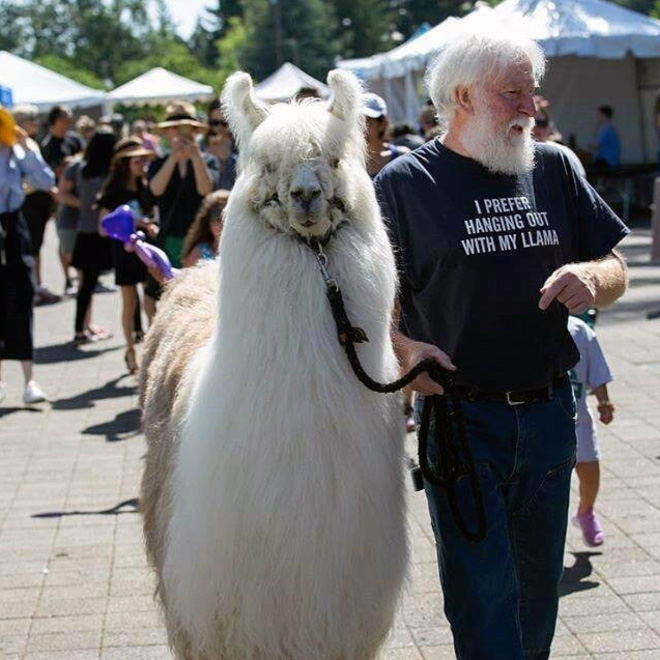 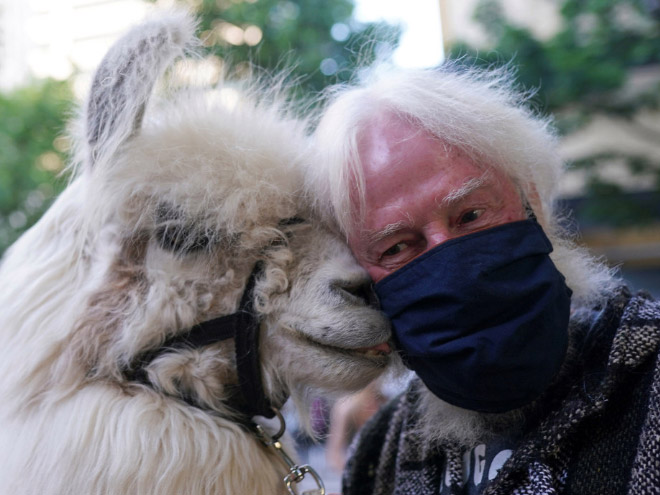 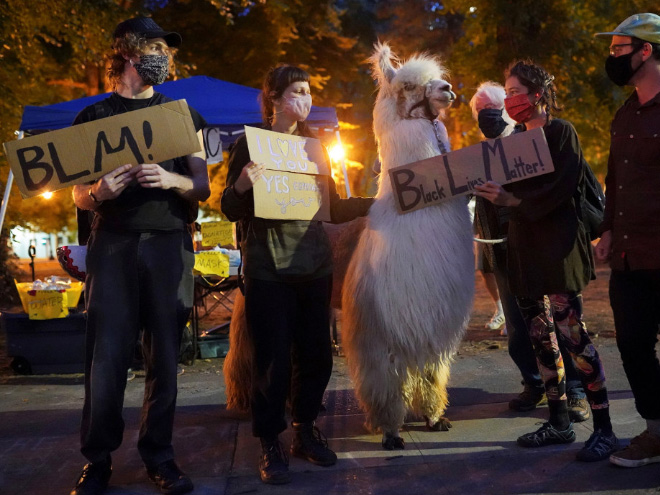 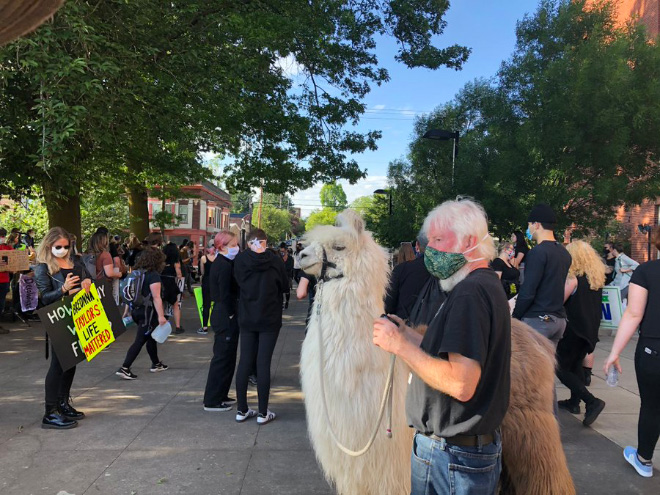 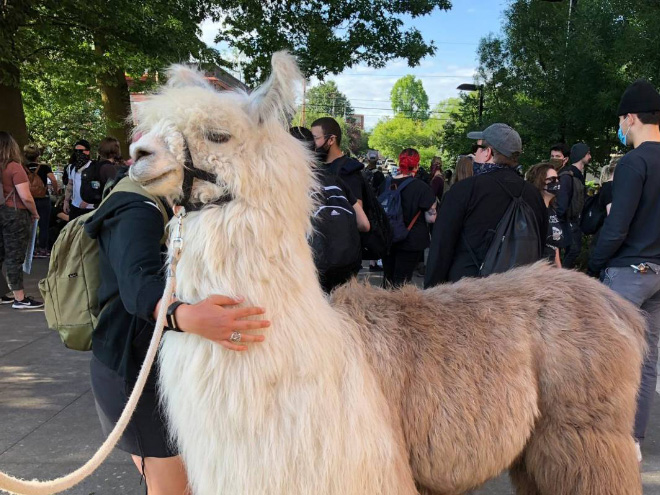 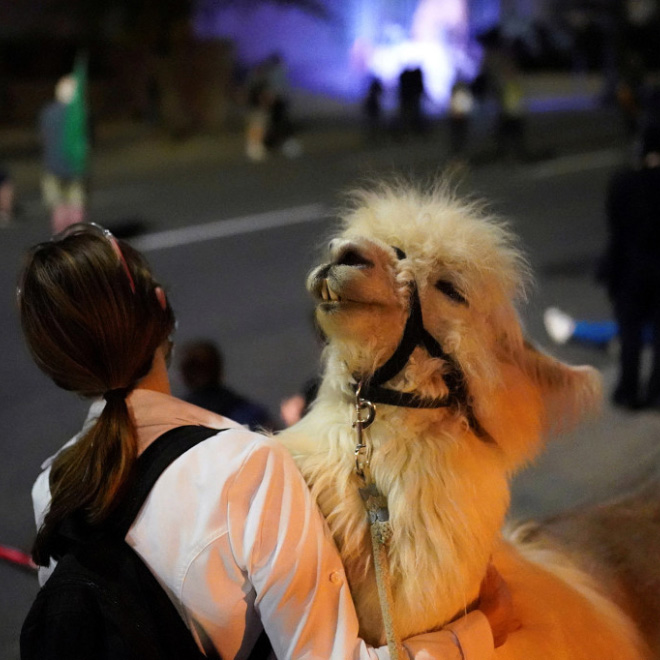 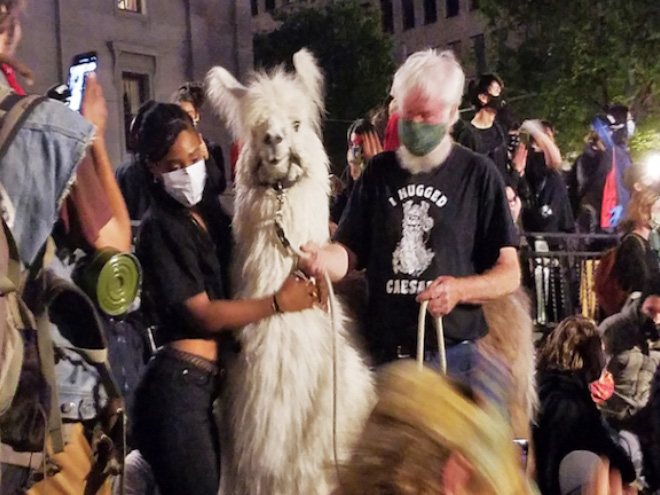 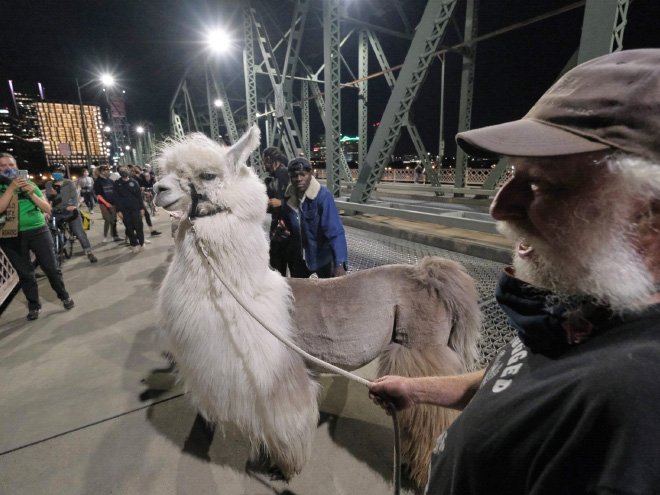 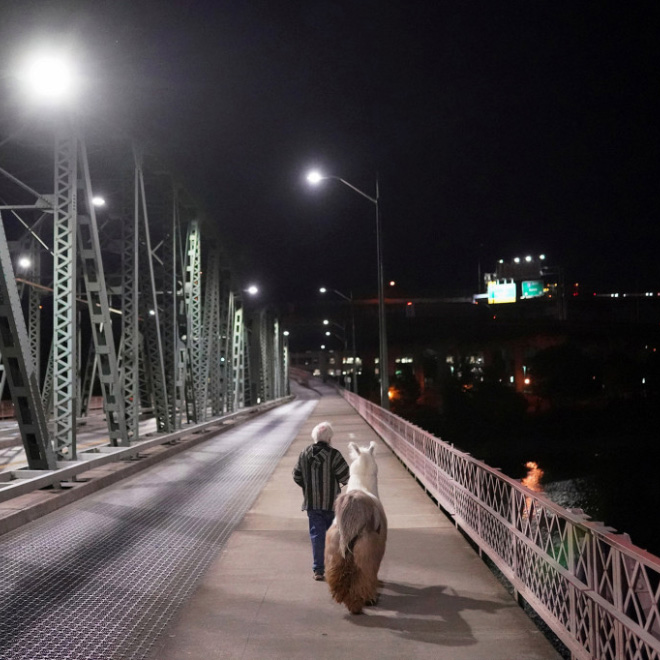