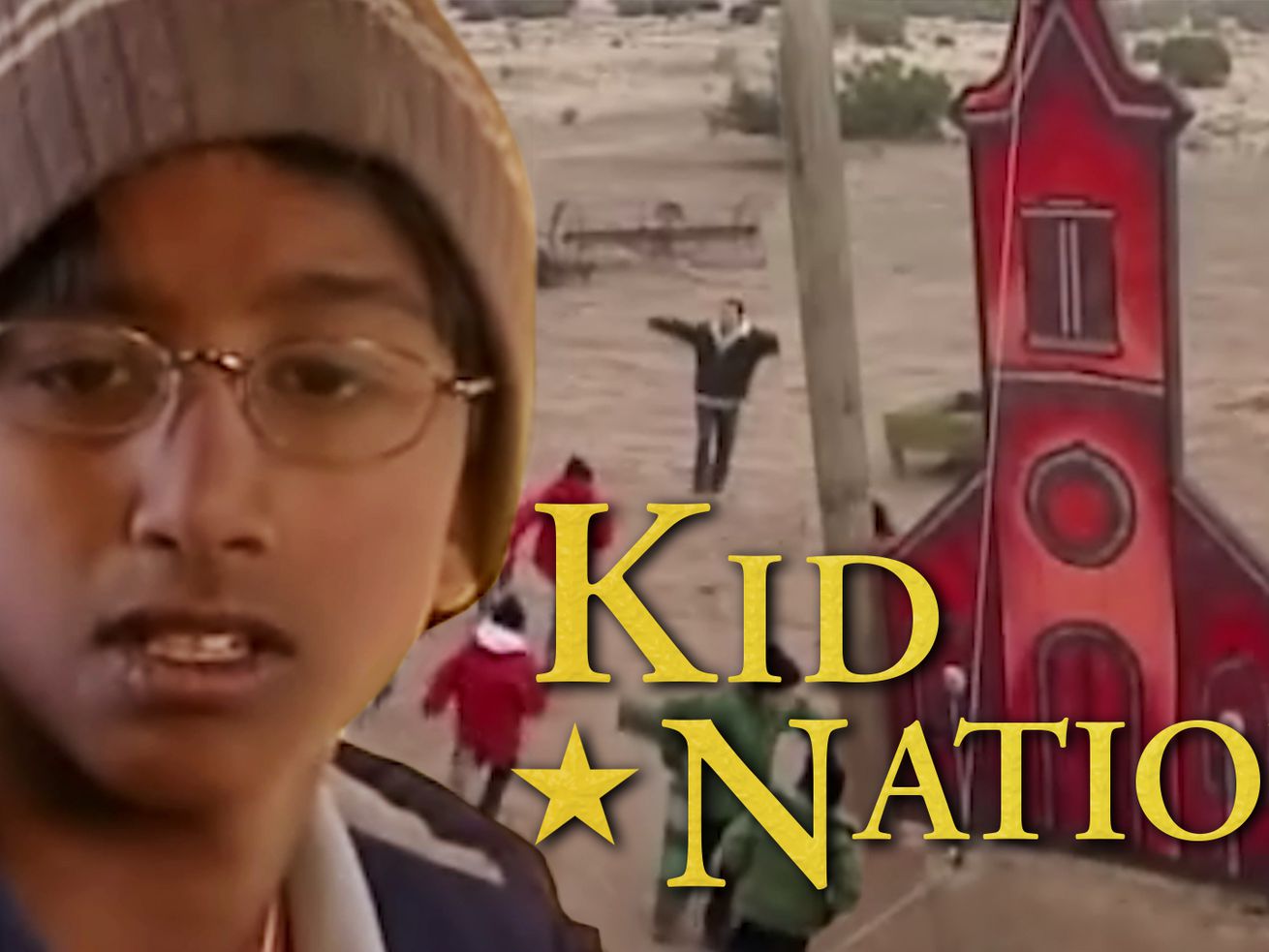 In this episode, the show decides to divide the kids into groups according to religion... which - if history has taught us anything - is going to be DISASTROUS

“Do you think God put us here for a reason?”

“God? I stopped believing in God a while ago.”

Oh man. If you thought things got real on Kid Nation before - things are about to get really real now.

Welcome to Kid Nation. One of the most insane Reality TV shows ever made where unaccompanied minors are driven to the middle of the desert to build a society from scratch, cook for themselves, clean for themselves, run their own economy and drink reach for themselves off camera. (Yep, that actually happened)

This show was so nuts. It leaves you wondering: is this the worst reality show ever made?

In this episode, the show decides that dividing the kids according to arbitrary capitalist classes and random teams in game show style t-shirts that compete to be in those classes just isn’t enough. They have to find some way to make things even worse. They have to also divide them according to religion.

This episode is called, “Bless Us And Keep Us Safe,” but who will bless us and keep us safe? What will become of me, an innocent obsessed viewer, unable to look away, even to go to the bathroom, or eat, which is actually convenient because I can’t look away to go to the bathroom anyway, but soon I will starve to death. Please, I have a family.

The town council consults, the journal written by fictional former townspeople conjured by Reality TV producers, looking to manipulate children into melodramatic social conflicts. The journal claims Bonanza City failed the first time around because... no one prayed enough?

You’re probably so busy trying to feed your town. You don’t have time to feed your soul. (I’m talking about religion.)

So everything’s gonna go ahead and go downhill from here.

The council announces they’ll have a religious service, which every single kid loves. Alex decides there’s no reason for everyone to argue about religion, so he’d draw up a survey for everyone to identify what religion they are.

Like I don’t know, Hitler comes to mind... just one example, but hey, for now it’s just a survey!

Anyway, no one goes to the state enforced religious ceremony. Given that that’s a sentence I just said out loud, now is probably a good time to say once again that this is the worst reality show ever made.

But Morgan does bring everyone together for an informal prayer session for any and all religions and everyone’s happy. Crisis averted.

Unfortunately, no one paid homage to their one true God, the media conglomerate that brought them all together for profit and for our entertainment, a well balanced trade that will bring me a lifetime of satisfaction and nightmares.

They do mention that Morgan deserves a gold star for this. So at least they don’t let us forget that altruism on this show comes with financial reward, regardless of intention. Is that a flawed system? Who’s to say? Is this the worst reality show ever made? Who’s to say?

They play a religion-themed puzzle game to set the class hierarchy and earn a reward for the town. They must choose between mini golf or a library of Holy books, which isn’t necessarily the most exciting set of options, but it did produce this classic Reality TV host line.

At the town council meeting Taylor somehow gets canceled for the second episode in a row, which in Bonanza City is called, “a cancellation bonanza.” Then Cody volunteers as tribute to finally get out of this hellhole and go home. He starts crying and talking about how much he misses his family and that makes everyone else cry. And that makes me piss myself ‘cause the show has rearranged my brain and now everything comes out in the wrong places.

John promises to get him home right away, which is probably the right move to avoid a massive liability. After all, I don’t care what kind of waivers this kid signed. This is kidnapping.

Anyway, Morgan gets the gold star and gets to talk to her parents who were very proud of their daughter.

Don’t worry, that was just episode four. Every episode of this series drove me more insane than the last, and hopefully it’ll ruin your life too! (And that’s what makes it the best worst reality show ever made.

I love you. and we’re in this together.

Welcome to Kid Nation, one of the most insane reality TV shows ever made, where unaccompanied minors are driven to the middle of the desert to build a society from scratch: cook for themselves, clean for themselves, run their own economy, and drink bleach for themselves off camera (look it up, it happened). This show was so nuts it leaves you wondering: Is this the worst reality show ever made?

Watch every episode of Kid Nation: