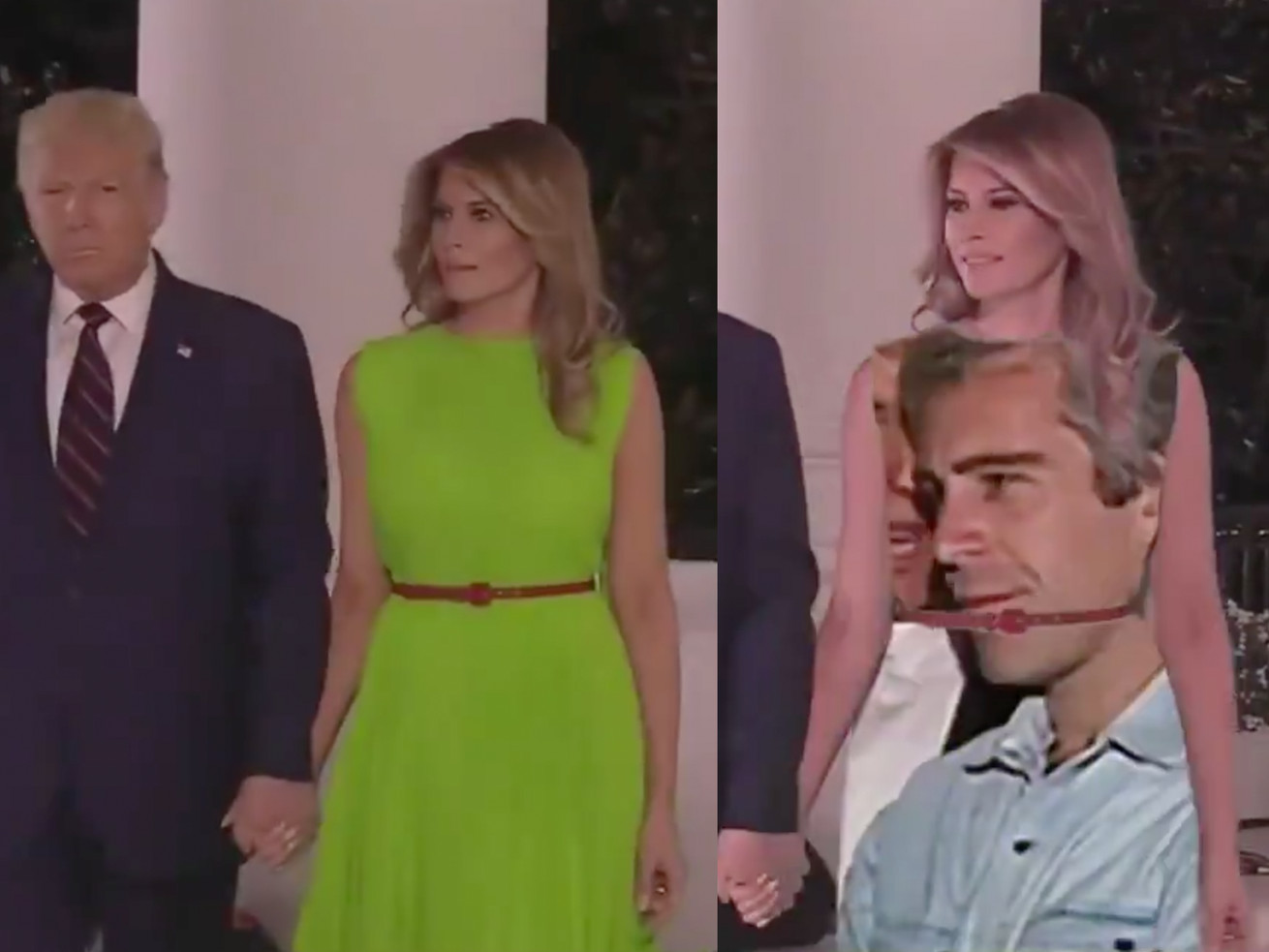 The Republican National Convention came to a close Thursday night, and I personally didn’t watch a single minute of it because I don’t hate myself. Of course, though, for anyone with an internet connection, it’s impossible to avoid getting a rundown of the most noteworthy moments. Most of which involve any of the Trumps who spoke, Rudy Giuliani’s horrifying bottom row of teeth (do not Google it), and Kimberly Guilfoyle’s unhinged speech that was rousing enough to inspire Scar’s entire hyena army.

One highlight from the evening, however, revolves around the most silent member of Trump’s world, Melania. She’s become most well known for her vacant, thousand-mile stare, doing everything she can to avoid physical contact with her husband, and her fashion choices, and while she definitely flexed all three last night, it was her outfit that really stole the show.

The First Lady sported a blindingly green dress, and, well, we all thought the same thing.

Why is Melania wearing a green screen as a dress?

Anyone wanna guess how long it took for folks with basic photoshop skills and an itchy trigger finger to start firing off green screened Melania memes? I’ll give you a hint: not very long.

It was on this day that melania trump made trolling history by wearing a chroma key green dress. pic.twitter.com/WsNIQN4boT